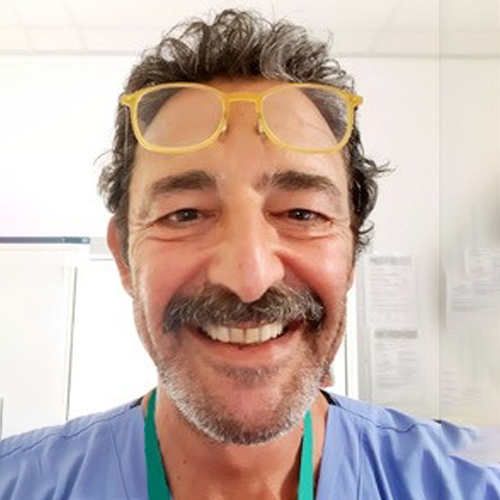 Dr. Sangiorgi graduated at the University of Rome Tor Vergata in 1990. He is Board Certified in Cardiology (1994) and in Surgical Pathology (1999). He served as a Fellow in Cardiovascular Disease at the Mayo Clinic and Foundation, Rochester, USA from 1992 to 1999 and became Research Associate in Interventional Cardiology with Dr. Robert S. Schwartz and Dr. David Holmes Jr. He relocated to Milan in 1999 and became Senior Staff member in the Cardiac Catheterization Laboratory at the Policlinico San Donato, University of Milan, where he practiced coronary, carotid and peripheral interventional procedures. From 1998 he is Assistant Professor at the University of Rome and from 2005 to 2008 he has been Director of the Interventional Cardiology Program at the same University.

Dr. Sangiorgi joined Centro Cuore Columbus and San Raffaele hospital at the beginning of 2003 as Associate Clinical Director and Clinical Research Director. He has been responsible for the peripheral program in San Raffaele Hospital. In 2004 he became Medical Director of Mediolanum Cardiovascular Research, an independent CRO performing clinical trials in cardiovascular medicine. From January 2009 to April 2011 Dr. Sangiorgi has been the Director of the Cath Lab of the University Hospital of Modena and Reggio Emilia. He relocated at the University of Rome in May 2011 and he has been director of the Cath Lab at the Hospital Casilino from 2011 to 2014. From 2014 to 2019 he has been co-director at the Humanitas Gavazzeni in Bergamo. From 2019 he is director of Cardiac Cath Lab of San Gaudenzio Hospital in Novara.