In this interview, Dr Henrik Bjursten (Lund University Hospital, Lund, SE) discusses the findings of a nationwide retrospective study evaluating the risk of stroke after TAVI procedures in Swedish patients.

- My name is Henrik Bjursten. I am a cardiac surgeon that has been doing TAVR for seven or eight years by now and find that very exciting area. In addition, I'm an associate professor at Lund University and have done some research on TAVI in the TAVR population.

What was the rationale behind this study?

If you look into what we do with the TAVI, you place a rather big aortic valve with a lot of new structure, leaflets, frame, into the aortic canals, and you leave the valve there. And we wanted to look whether these patients had a higher risk of developing a stroke, given that they had a lot of material in the aortic annulus after the TAVI procedure.

What was the design, patient cohort and endpoints?

We wanted to do this an all-comers study, that is, include all patients who received the TAVI in Sweden, from the inception of TAVI in 2008 up to now. And, that is, we had that opportunity in several patients already, in that registry here in Sweden. And the endpoint we went for the stroke registry that we have in Sweden, which also has a very good coverage, not complete coverage, what we want the diagnosis registry for all hospitals stays to complete resources. An outcome being registered as stroke in the stroke registry, or in the diagnosis registry.

How did you define stroke in this study?

It was defined by the neurologist doing the entering data into the stroke registry. If they had, sort of clinical criteria or CT signs of a stroke, it was a stroke. That, of course, meaning that you could miss, smaller strokes that was not detected by neurologists or in a hospital, but we needed to have those cut-offs as being, a hard diagnosis of stroke.

What were the key findings?

The key findings, what we had an opportunity, given the data set that was to calculate a standardised incidents in a population of the same age and the same sex, those were the only two factors that we could, that we could, use for our calculation. And we found that the TAVR population had about 50% more stroke than the standardised incidents ratio, sort of, the health background population. And, we also found the diagnosis after, the prognosis after a stroke, differed quite a lot if you had an ischemic or haemorrhagic stroke, the haemorrhagic stroke had quite a poor prognosis, whereas the ischemic stroke had a fairly good prognosis, it had a 30-day mortality rate of 20%, but if you survive that period, you're more or less back to a normal survival curve in this population, I would say.

What conclusions can be made, and how should this impact practice?

Conclusion is that we had an over-representation to the standardised incident ratio in the background population, but then again, this is a second population, more atrial fibrillation, more heart failure, maybe more peripheral vascular disease compared to a normal population, so don't think that it should deter anybody from doing TAVR, of course, because the option of not doing TAVR is so much worse. I'm not that concerned with the findings, that we're having an over-representation compared to a standardised population here. It does keep us open to do further studies, but we should continue with our TAVR population. One could discuss whether we should look at anti-coagulation regiments, or antithrombotic regiments in the long term after TAVR, much has been said about what should be done in the first few months, but very little over time.

The next steps will be to look to a bigger population, we will increase the data, based what test was done lately, and then look at stratified patients in low risk, intermediate and high-risk patients, and see if the stroke incidents differ between these populations. Given that this is done from the patients from 2008 to 2018, it's a lot of high-risk patients, and of course, they would have a lot of strokes, but we want to learn more about the stroke frequency, in low and in mid-risk patients also. And, at the same time, we hope that we'll get opportunity to match this to a surgical aortic valve replacement population, see if we can categorise it into different risk strata, we could have a fairer comparison with a surgical aortic valve population.

What are the take-home messages?

Take home messages is that the TAVR patients do have a stroke that might be a little over-represented, but probably is not a big issue. Overall, it was not seen that there is a big problem out there, I would say. So, we should continue doing TAVI, we might look into studies on a long term antithrombotic regiment. But in that sense, it's still a very safe procedure, given, sort of, the alternative of not doing TAVR, if it's not an option. 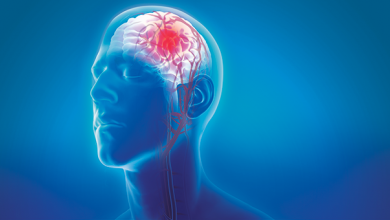 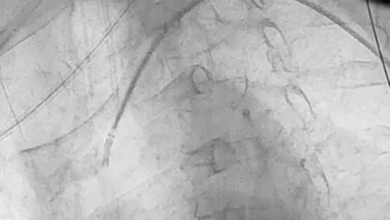 Supplementary Material Video 12: Removal of the ProtEmbo from the Aortic Arch 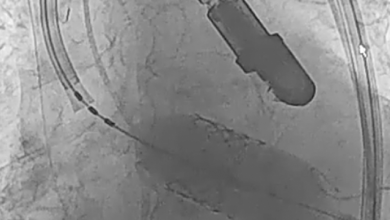 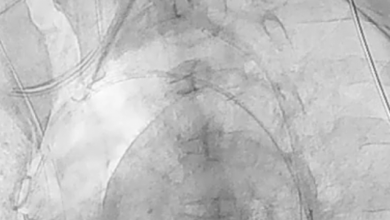 Supplementary Material Video 1: Placement of the Sheath into the Aortic Arch for Delivery of the ProtEmbo 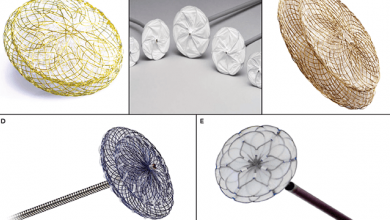