A Peek into the Future – Repair and Replacement of the Mitral and Tricuspid Valves with the Edwards Portfolio: Chapterised Programme

This chapterised on-demand version of the broadcast 'A Peek into the Future – Repair and Replacement of the Mitral and Tricuspid Valves with the Edwards Portfolio' comprises an internationally-respected faculty, as they review the PASCAL platform focusing on the recently CE mark approved PASCAL Ace implant system for the treatment of mitral and tricuspid regurgitation. Under the stewardship of programme Chair, Prof Nicolas van Mieghem, Erasmus Medical Center, Rotterdam, this programme examines the role of the PASCAL platform the the treatment of MR, the PASCAL Ace Implant System in the treatment of TR, valve replacement with EVOQUE, and includes a live procedure from Heidelberg University Hospital to best enhance practical learnings.

Pipeline products for tricuspid transcatheter replacement from Edwards Lifesciences will be shown and briefly discussed.

This programme was supported by

Prof Van Mieghem provides a brief introduction to proceedings, and examines the impact of Atrio-Ventricular Valve Regurgitation, the limitations of surgery in functional / secondary MR and TR, and the potential of transcatheter repair.

In this presentation, Prof Peter Ludike reviews the PASCAL repair system as a novel and differentiated therapy for patients, and examines the results of the CLASP study at one-year follow-up, in addition to real world experience.

In this presentation, Prof Philipp Lurz reviews the PASCAL repair system, concluding that it is both a novel and differentiated therapy for patients with TR. He discusses both first-in-human and single centre experience.

Looking into the Future – Valve Replacement with the EVOQUE

In this overview of EVOQUE Valve replacement system for TR, Dr RS von Bardeleben​ notes that it utilises an entirely percutaneous approach for TTVR, and examines first-in-human experience.

Case – PASCAL Ace Implant System for the Treatment of TR 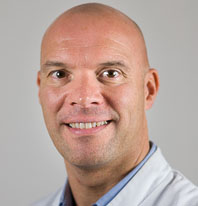 From an early age, Professor Nicolas Maria Van Mieghem decided to pursue a career that would help others. “I enjoy the feeling of being able to help someone or do something important for them. I wanted to enter a profession that would channel my energy— I was always a busy child,” he says.

A budding athlete, he was a member of Belgium’s national swimming team but soon realized that medicine was his true calling. His father was a general cardiologist and one of his biggest influences early in his career.

Professor Van Mieghem initially intended to train as a cardiac surgeon but decided to specialise in interventional cardiology instead, following advice from a mentor. This decision was cemented when he read the first-in-human case report of transcatheter aortic valve implantation (TAVI) in Circulation by Alain Cribier in 2002.

His mantra is mens sana in corpore sano (a…