In this short interview, Dr Rafael Romaguera (University of Barcelona, SP) discusses the findings from the SUGAR trial. This randomized head-to-head trial aimed to compare Cre8 EVO stents to a contemporary drug-eluting stent (DES) in patients with diabetes (DM) and coronary artery disease. The trial, first presented at TCT 2021, demonstrated that Cre8 EVO stents were non-inferior to Resolute Onyx stents with regards to TLF composite outcome.

This device, the Cre8™ stent is a stent with a completely different technology because the most commonly used stents are polymer based. Polymer acts as a net. So the polymer allows the release of a single molecule by simple diffusion. This device by contrast is a polymer-free stent. But the previous polymer-free stents had the problem that the drug was released very fast. Here, this stent, the stent has less [Unclear] walls In the lumen [Unclear] And by putting these walls thinner and deeper, you can modulate it at lower rates. So this device first, has no polymer, second, then, avoiding inflammation second, because it has no polymer and is a thinner strut, the total device thickness is very thin compared to other polymer-based stents. And third, the drug is mixed in this abluminal surface with an amphiphilic carrier. An amphiphilic carrier is a molecule that has both lipophilic and hydrophilic poles, then increasing the drug diffusion, and the longevity to the vascular wall. This is of remarkable importance for patients with diabetes, because they have resistance to mTOR inhibitors. So they need higher tissue drug concentrations. And second, [Unclear] because this has the fuse vessel wall, it has plaque, calcium, plaque, calcium then, the drug diffusion is not homogeneous with polymer-based stents. Here with the hastened drug diffusion because of this carrier it's supposed to allow more drug concentration and homogeneity across the vascular wall. So it's a polymer-free stent with laser-dug wells on the abluminal surface, and then the drug is formulated or mixed with an amphiphilic carrier.

Importance of the Trial

So we designed a randomised trial that looked at 23 centres in Spain. The trial randomised one - one to Cre8 EVO or Resolute Onyx. It was parallel control and blinded to clinical committee. We randomised 1,175 patients in total. And the clinical endpoint was target-lesion failure, which is a composite of cardiac death, target vessel MI and target lesion revascularisation. And the inclusion criteria was to have diabetes mellitus, according to the American diabetes association criteria, and a clinical indication for PCI. And there were very few exclusion criteria because we wanted it through a real diabetic population that we treat every day in our cath labs. So the study has all-comers design within the diabetic population. And for these reasons we only exclude patients with other co-morbidities that have less than two years, of a poor prognosis, cardiogenic shock or mechanical ventilation or inability to process. But all other patients were allowed to be included in the study, including ST Segment Elevation myocardial infarction, multi-vessel disease, left main PCI, total occlusion and bifurcations, every patient would be included because we wanted to be representative of the real population.

So at the end, we randomised 586 patients to Cre8 and 589 patients to Resolute Onyx. More than 99% of patients underwent follow-up. There were very few lost to follow up and no patient withdrew consent. 12% of the patients randomised had ST segment elevation myocardial infraction through the randomization. There were 4% PCI of left main disease. And there was a 4% of chronic total occlusions more or less, and 30% of the patients were within the baseline, 50% of patients were multi-vessel deficient. So it was a very complex population. And what we saw at one year is that patients randomised to Resolute Onyx have 10.9% of events, versus 7.2 for the Cre8. This difference was positive for non-inferiority, which was the primary hypothesis of the study, and for the superiority test which was pre-specified, Cre8 was also superior, reducing by 35% the risk of target-lesion failure at one year. So we met the non-inferiority and also the superiority for the Cre8 EVO. We also show for secondary endpoints, numerically and almost significant reduction of TLR with a p-value of 0.058, a significant reduction of target-lesion failure, and a trend to reduce major adverse cardiovascular events. The other endpoints, secondary endpoints such as all-cause mortality, stent thrombosis, et cetera. Were comparable within both groups.

Of course, we cannot compare this stent to any other stent, but we believe that the control that we chose, the Resolute Onyx stent, is a very used stent nowadays and that it has the availability for treatment of diabetes. So we show that the Cre8 stent was superior. So of course we need longer follow-up, the primary point for superiority is two years. We need to wait because I really thought there would be more events from year one to year two. We need to wait for a longer follow-up. But I believe that with this data the Cre8 stent could be a good option for patients with diabetes mellitus.

We need to wait for longer follow up. There is a corporate specified, primary endpoint which is at two years follow up. We need to wait to see if two years is different between what the stent is significantly. And then we will dive into our database because we saw very positive results, with sodium glucose contransporter inhibitors in our patients undergoing PCI in these trials. So we will explore also these hypotheses. And then of course we are working in our next trial SUGAR II, which I think can also fully prove our practice. 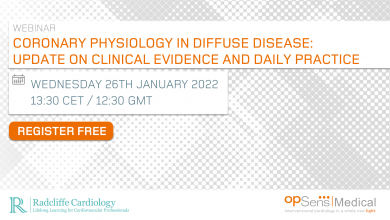 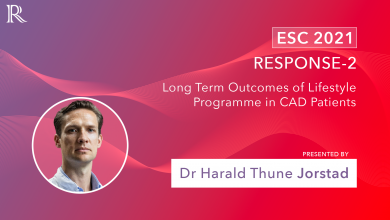 RESPONSE-2: Benefits of Community-based Lifestyle Programme Were Lost After 1yr in CAD Patients 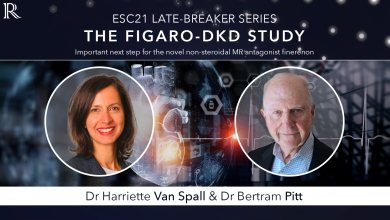 The Use of the Cre8 Stent in Patients with Diabetes Mellitus