TCT 22 - Dr Mohamed Alkhouli (Mayo Clinic, Jacksonville, FL, US) joins us to outline the findings from the TVT Registry, a benchmarking tool created to monitor the real-world outcomes of transcatheter mitral valve repair. In this prospective observational study, 4000 patients with mitral valve regurgitation were observed after implantation with the mitraclip device to evaluate the safety and efficacy of this new procedure.

"- My name is Mohammed Alkhouli, I'm an interventional cardiologist at Mayo Clinic in Rochester. I'm pleased to be with you today. We're going to discuss the utility of transcatheter edge-to-edge repair in patients with cardiogenic shock.

What was the rationale behind the TVT Registry?

Cardiogenic shock mortality has not really decreased substantially over the last couple of decades. Lots of interventions have been proposed to reduce that mortality, which almost gets closer to 50% in the short term. And then, a lot of those patients are now recognised to have significant mitral regurgitation. So, the study was prompted by the fact that, well, we have high mortality in cardiogenic shock patients, we haven't been able to improve that a lot, and a good proportion of those patients have significant mitral regurgitation. So, what if MitraClip in this case, or transcatheter edge-to-edge repair as a category, would be able to help reduce that mortality?

What was the study design?

So, we're limited by observational data. There will be some randomised trials coming up, but we wanted to get the best source of data that we could possibly get to answer this question. We have something called the ACC/TVT/STS registry in the US which encompasses all of the cases that are being done as far as transcatheter edge-to-edge repair. So, we wanted to utilise that data to focus on patients who underwent the procedure and had cardiogenic shock. And we acquired the TVT/STS registry. and we were able to find 3,800 patients, roughly, who met the criteria of cardiogenic shock. One of the challenges is we don't have a control arm. So, we have patients who underwent the procedure, and were defined to be in cardiogenic shock. So, without a control arm, what we did is we used procedural failure as a control arm. So, if a patient undergoes the procedure and it's successful, we could say that they were treated with edge-to-edge repair. And if the procedure wasn't successful, they would have not been adequately treated and that would be the control arm. So, we divided the cohort into those who had device success defined by a reduction in mitral regurgitation of at least one grade with the final grade of moderate or less. And the second group would be the device failure who did not meet that criteria. And then, we compared their short term and one-year outcomes.

What were the key results?

Okay, so the main finding is, the edge-to-edge repair procedure was able to reduce mitral regurgitation significantly, meeting the device success criteria in about 85% of patients, which is very promising to start. And then, at one year, patients who had successful procedures had substantially lower mortality after risk adjustment compared to those who had device failure. The absolute risk reduction was almost 20%, and the number needed to treat is between four and five. So, there was a lot of reduction in mortality. Obviously, this is an association. We don't know if it's a causation or not. But there was an association between successful MR reduction in cardiogenic shock patients and improved one year outcomes.

How can these findings impact practice?

Yeah, so this is a, I would say, mostly hypothesis generating, because we are using observational data limited by what we are able to collect in the forms, in the registry. But it does raise the point that we should pay a little bit more attention to those patients who are presenting with acute presentation to the hospital and have significant mitral regurgitation. Maybe, the mitral regurgitation in this case, in their case is not an innocent bystander. And maybe, if we are able to reduce that regurgitation in a safe manner, we will be able to improve the outcome. So really, it's a hypothesis generating that edge-to-edge repair might be useful in this population. And then, it prompts us to design prospective trials that randomise these patients to interventions versus no intervention.

Okay, so there is a trial called Minus Trial that will randomise patients similar to the population we have in this study to edge-to-edge repair versus medical therapy. And we hope that, that trial will inform the community further about the role of edge-to-edge repair in this population. I think more studies, even observation would be welcomed. One thing that I would like to mention here is that the definition of cardiogenic shock is sometimes elusive. A lot of efforts have been put into having a uniform definition of cardiogenic shock in registry data. That's challenging. So in our study, what we did is, if the patients were coded to have cardiogenic shock in their data collection portal, or if they received inotropic support before the procedure, or if they had mechanical circuitry support, we considered them to have cardiogenic shock. Now, that's the best we could do within the limitation of the data piece available. But I think future studies will dive a little bit deeper into the physiology, and collect a lot of biomarkers, hemodynamic information that would further inform us about the role of this therapy in encouraging shock patients.” 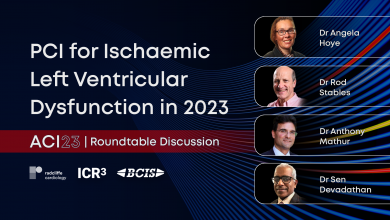 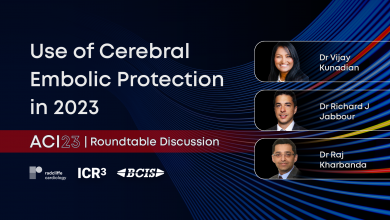 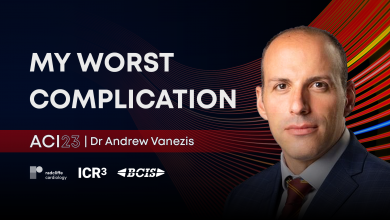 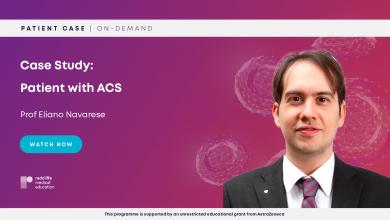