The Use of the Cre8 Stent in Patients with Diabetes Mellitus

Despite improved clinical outcomes following the availability of second-generation drug eluting stents (DES), percutaneous coronary intervention (PCI) is associated with worse clinical and angiographic outcomes among patients with diabetes mellitus (DM) than among non-diabetics. The Cre8™ Amphilimus-eluting DES is polymer-free, resulting in a reduced inflammatory response and lower risk of stent thrombosis. It showed equivalent efficacy and safety in diabetic and non-diabetic populations, a unique finding among DES studies. These findings were confirmed in a real-world study called INVESTIG8. Another real-world study, pARTicip8, is ongoing. The RESERVOIR clinical trial recruited patients with diabetes mellitus and showed noninferiority of the Cre8 DES compared to an everolimus-eluting DES but showed a statistical superiority of Cre8 in diabetic patients with higher metabolic dysfunctions. The Cre8 DES is therefore a valuable option for this important patient population.

Disclosure: The author has no conflicts of interest to declare

According to the International Diabetes Federation, 382 million people had diabetes in 2013, with diabetes mellitus (DM) accounting for around 90 % of all diabetes cases. By 2025 the number will rise to 592 million.1 The association between DM and cardiovascular disease is well established2 and percutaneous coronary intervention (PCI) is associated with worse clinical and angiographic outcomes among the diabetic patient population than among non-diabetics.3 Despite improvements in interventional techniques and advances in stent technology, this difference in outcomes persists. There is a greater likelihood of restenosis after PCI with drug eluting stent (DES) implantation in diabetic patients, particularly occlusive restenosis.4,5 There is also a higher risk of adverse cardiac events in diabetic patients who undergo DES implantation compared with those who undergo coronary artery bypass grafting (CABG).6–8 Second-generation DES provide superior safety and efficacy results compared with first generation DES and have been successfully used in diabetic patients,9–12 but unmet needs remain in coronary interventions in this growing patient population, leading to the hypothesis that patients with DM need a specialised DES. This article aims to review the clinical evidence in support of the Cre8™ DES in patients with DM.

The Cre8 DES is polymer-free, eliminating the disadvantages associated with durable and absorbable polymers or their breakdown products. Its drug release system (Abluminal Reservoir Technology) features reservoirs on the outer surface of the stent. These enable controlled drug elution that is directed towards the vessel wall (see Figure 1). The Amphilimus™ carrier, comprising sirolimus and an organic acid, enhances drug bioavailability.13 Its optimised permeability allows a homogeneous distribution inside the vessel wall and a uniform action on the whole tissue, enabling an optimal balance between safety and efficacy. The effects of sirolimus are dose dependent; in diabetic patients, more sirolimus is needed to achieve the equivalent anti-proliferative action in healthy cells.14 The organic acid of the Amphilimus formulation increases the permeation of the sirolimus into the cells of diabetic patients. After drug release, a bare metal stent (BMS) remains. The Cre8 DES is covered with a bio inducer surface made of pure carbon, which is biocompatible and does not produce any late inflammatory stimuli inside the treated segment, reducing the inflammatory response and lowering the risk of stent thrombosis.

Clinical Studies Evaluating the Efficacy and Safety of the Cre8 Stent

Initial clinical data in support of the efficacy of the Cre8 DES came from the International randomised comparison between DES Limus Carbostent and Taxus drug-eluting stents in the treatment of de novo coronary lesions (NEXT) clinical study, which demonstrated the noninferiority of the Cre8 DES versus a permanent-polymer paclitaxeleluting stent. The primary endpoint was 6-month angiographic in-stent late lumen loss (LLL). The most striking finding of this study was the finding that the LLL in the diabetic subgroup was comparable to that in the general study population, a finding that had not been seen with other DES.15 Following the demonstration of efficacy and safety in the NEXT clinical trial, the next steps in the Cre8 clinical development program included two real-world studies. The first was the MultIceNtric and RetrospectiVe REgiStry in ‘real world’ paTients with polymer-free drug elutInG stent CRE8 (INVESTIG8), which features diabetic and non-diabetic participants. The second is an ongoing realworld study in the diabetic population and Prove Abluminal Reservoir Technology Clinical benefit in all comers patients (pARTicip8).

Following the promising findings of the NEXT and INVESTIG8 studies, a clinical trial, the Randomised Comparison of Reservoir-based Polymer-free Amphilimus-eluting Stents (AES) versus Everolimus- Eluting Stents (EES) in Patients with Diabetes Mellitus (RESERVOIR) focused on patients with DM.17 A meta-analysis of 42 trials comparing sirolimus, paclitaxel, everolimus and zotarolimus-eluting DES in diabetic patients, with 22,844 patient years of follow-up, concluded that there was no increased risk of any safety outcome (including very late stent thrombosis) with any DES compared with BMS, and that the EES was the most efficacious and safe of available DES.18 The study concluded that there was an 87 % probability that EES are the most efficacious DES compared with the others and a 62 % probability that they were the least likely to develop stent thrombosis. Therefore the EES was chosen as the control treatment in the RESERVOIR study.

In terms of secondary endpoints, the percentage of uncovered struts was similar in both patient groups (see Figure 5). The Cre8 also showed noninferiority in minimal lumen diameter and diameter stenosis. The two groups also showed similar findings in terms of clinical events at 12 months. In addition, the LLL in the Cre8 was 0.14 ± 0.24 mm compared with 0.24 ± 0.57 mm in the Xience. The Cre8 LLL was also evaluated in the NEXT clinical study.15 Also noteworthy is the low standard deviation of the Cre8 compared with the Xience, suggesting that data from the Cre8 are highly consistent. This can be explained by the amphilimus formulation, which increases the sirolimus permeation into the cells.

Patients with DM undergoing coronary interventions remain at high risk for stent restenosis and adverse cardiovascular events despite the availability of second generation DES. Clinical trials and real-world data show that the formulation of the antiproliferative drug with an amphiphilic carrier in the Cre8 stent could result in improved efficacy in those challenging patients. The Cre8 DES has demonstrated remarkable consistency in terms of LLL across three clinical studies. The RESERVOIR clinical trial is the first study to show statistical superiority of Cre8 in diabetics patients with HbA1c >7.3 %. These data and the findings from other clinical and real-world studies, suggest a high efficacy of the Cre8 in patients with DM. A larger clinical trial is warranted to confirm these important findings. 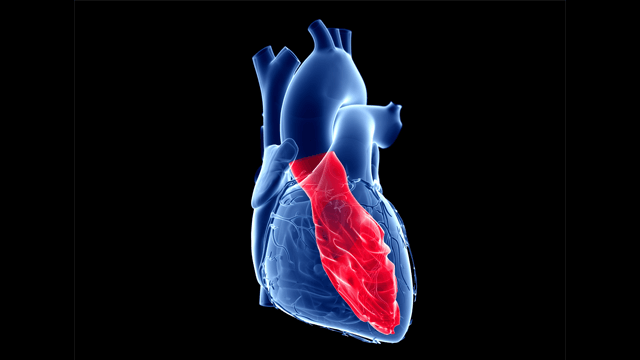