In this short video, Dr George Dangas (Mount Sinai Hospital, New York, NY, US) shares the findings from the ENVISAGE-TAVI AF hot line trial presented at ESC Congress 2021.
ENVISAGE-TAVI AF (Daiichi-Sankyo) compared the safety and efficacy of the DOAC edoxaban with VKAs (warfarin and its analogues) in atrial fibrillation patients with an indication for oral anticoagulation after successful TAVI.

The trial showed that edoxaban noninferior to warfarin for adverse events after heart valve replace.

Questions
1. What is the importance of ENVISAGE-TAVI AF?
2. What are the recent developments in TAVI and antithrombotic therapy?
3. What are your key findings?
4. How should these findings influence practice and further research?

- I'm George Dangas. I'm from New York. Professor of Medicine at Mount Sinai Medical Centre and one of the lead investigators of the Envisage-TAVI AF trial, the results of which I'll be discussing with you today.

What is the importance of ENVISAGE-TAVI AF?

This is a very important trial because there has been very scarce information regarding what to do and how to treat patients who have a transcatheter valve implantation, which has become a preeminent procedure over the last few years, and at the same time have a requirement for oral anticoagulation on a chronic basis, mostly due to atrial fibrillation. This is very important because this age group constitutes a very elderly population with several co-morbidities and in many ways it's very different from the typical atrial fibrillation studies with different anticoagulants that we all know from prior experience. At the same time, in general, the very scarce clinical trials and studies in TAVI patients regarding pharmacology of all types.

Please could you remind our audience to recent developments in TAVI and antithrombotic therapy?

The recent developments in the field of TAVI antithrombotic therapy indicate that...two things. Number one, if there is another than the valve indication for the chronic anticoagulation, a monotherapy would be rather preferable, than a combination of an antithrombotic and an anticoagulant and a antiplatelet medication. And on the other hand, if there is no indication for oral anticoagulation and there is no atrial fibrillation let's say, in those patients aggressive pre-treatment with clopidogrel before the procedure doesn't seem to make a lot of sense. And we are still accumulating data regarding how to best treat these type of patients long-term after the time.

What are your key findings?

The key findings of the Envisage-TAVI AF trial are as follows. The main goal of the study, the primary endpoint was to show that the treatment with edoxaban for the most part 60 milligrams once daily and if a necessity to reduce the dose to 30 milligrams in case of renal failure or other specific clauses by the consumption of this agent, as compared to a vitamin K mostly warfarin therapy with a target INR 223 in patients with atrial fibrillation after a successful transcatheter valve replacement was approved or to assess the non-inferiority of the new treatment versus the controlled treatment with respect to the composite endpoint of several ischemic endpoints including death, MI, myocardial infarction, stroke, systemic embolization, and as well as including major bleeding and the overall resolve in this primary endpoint was that the non-inferiority criteria were met. So those are very significant first finding. The second finding regarding the primary safety endpoint indicated that the treatment with the new agent versus control was not non-inferior. There was more major bleeding events in the edoxaban arm as compared to the warfarin arm, the control group. This was as a side explanations, mostly due to gastrointestinal bleeding with only one of those events ultimately proven to be fatal. And for the viewing of that, it seems like the disadvantage in bleeding was mostly related with combination therapies with anti-platelets also with a higher dose perhaps of edoxaban. Again, those two last items are under further investigation by our group in order to better define the risk benefit ratio of this agent.

How should these findings influence practice and further research?

The implication of our trial is very important. One would say that we're always surprised when we study patients with transcatheter valve replacement because this age group is really very old. It's the oldest age group exposed in cardiovascular trials in many aspects. And therefore we find out that the results are surprising because we need to be doing more studies in order to verify the things we think we know, what we presume based on studies in a middle-aged or somewhat advanced age populations, but not in such elderly populations are still applicable in this age group that was rather scarcely investigated in the past. So that's one very clear implication. The second one is that on a first read, ENVISAGE indicated the non-inferiority of the new agent to warfarin. At the same time, have to be attentive to the major bleeding observed with this agent and particularly be very sensitive to make sure that the dosage is appropriately used as indicated and to try and avoid as much as possible if not at all the use of the anti-platelet concomitant medication. Again, things we know from other trials after the completion of our study are fairly different from things we knew from other trials at the time of study design and that reflects concomitant, I would say parallel developments in the field while this trial was in evolution. And I think that also in other important parameters, we need to understand and incorporate in our clinical practice and in future investigation. 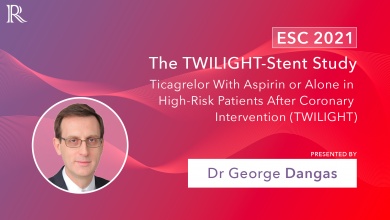 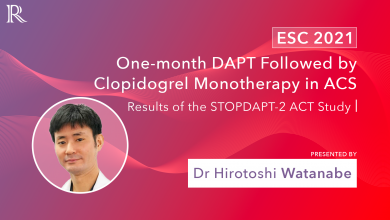 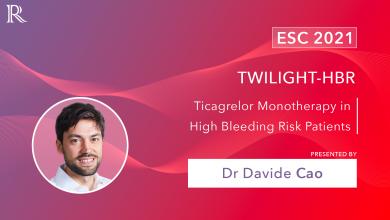 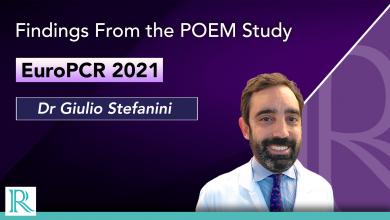 EuroPCR 2021: Findings From the POEM Study