Background: Emergency procedures, such as primary percutaneous coronary intervention (PCI) in the setting of acute ST-elevation MI (STEMI), may entail longer procedural times which translate to higher radiation exposure. In an effort to further improve radiation safety practices, the determination of the diagnostic reference level (DRL) for these procedures may allow the identification of practices which may predispose patients and operators to the undesirable effects of radiation.

Aim: This study aims to determine the radiation doses of the patients who underwent primary PCI in the setting of STEMI and to set the DRL for this procedure in our cardiac catheterisation laboratory.

Methods: This was a retrospective cohort study conducted at the Philippine Heart Center (PHC) on all patients with STEMI who underwent primary PCI from 1 May 2019 to 29 February 2020. The DRL was established based on the third quartile values of the median dose area products.

Conclusion: Higher radiation exposure can occur during emergency procedures compared to elective cases. Compared to the established DRL for elective ad hoc PCI in other countries, we report a higher local DRL, highlighting the need to reduce radiation exposure to as low as reasonably achievable for the operators.

Clinical and Procedural Characteristics of Patients 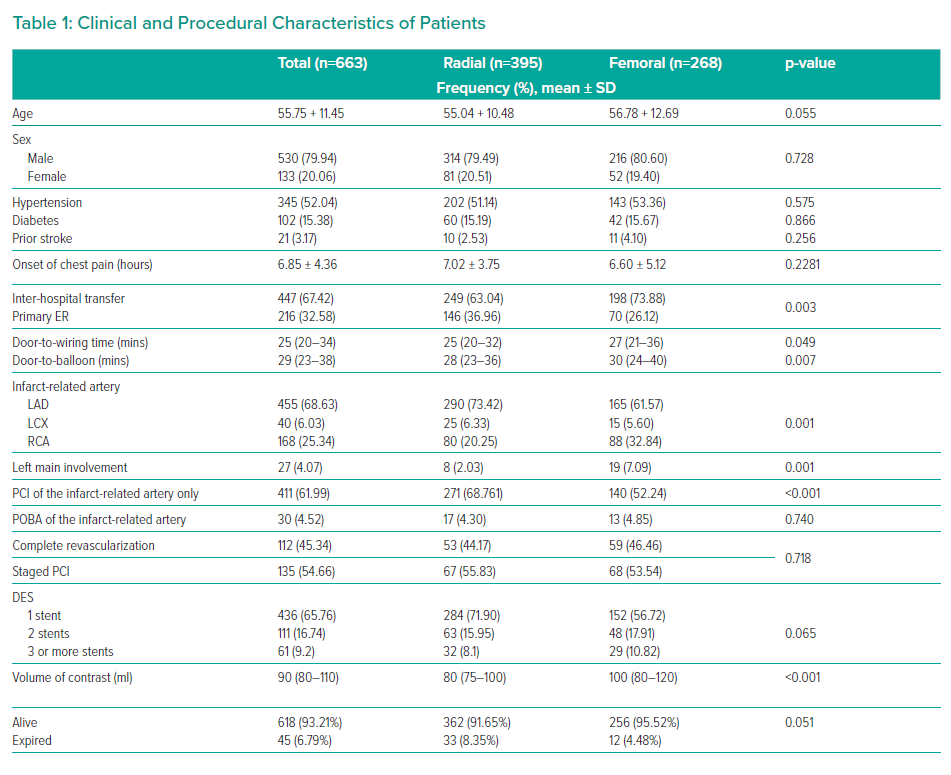