Will PARTNER 2 Change My Practice?

Transcatheter aortic valve implantation (TAVI) has become an established and increasingly-used technique to treat patients with severe aortic valve stenosis (AS) over the past decade. The clinical outcomes obtained with TAVI have been found to be equivalent to surgical aortic valve replacement (SAVR) in patients with a high-risk profile. Following the Placement of Aortic Transcatheter Valves (PARTNER) 1 trial, which demonstrated the utility of TAVI in inoperable and high-risk groups, the PARTNER 2 trial was implemented. PARTNER 2 reflects the current TAVI practice in Europe, confirms that transfemoral access is related to superior outcomes compared to SAVR in a selected population and demonstrates improved results with new-generation devices.

Over the past decade, transcatheter aortic valve implantation (TAVI) has become an established and increasingly-used technique to treat patients with severe aortic valve stenosis (AS). Studies have revealed that clinical outcomes obtained with TAVI are equivalent to surgical aortic valve replacement (SAVR) in patients with a high risk profile.1,2 The Placement of Aortic Transcatheter Valves (PARTNER) 1 trial demonstrated the utility of TAVI in inoperable and high-risk groups, and led to introduction of TAVI in the current American College of Cardiology/American Heart Association 2014 guidelines, which recommend TAVI in patients with severe AS who are deemed inoperable (class I, level B) or at high surgical risk (class IIa, level B).3 These excellent results were reproduced with the CoreValve extreme risk and high-risk pivotal trials.4,5 Given the excellent early results, increased operator experience and improved transcatheter device designs, a trial in intermediate-risk patients was imminent.

PARTNER 2 cohort A is a randomised, controlled trial in 57 North American sites comparing TAVI and SAVR in 2,032 intermediaterisk patients with symptomatic severe aortic stenosis (aortic valve area: ≤0.8 cm2 or <0.5 cm2/m2 body surface area, with a mean aortic valve gradient >40 mmHg or peak jet velocity >4.0 m/s) using a second-generation valve (SAPIEN XT; Edwards Lifesciences).6 Participants were assessed by a multidisciplinary heart team and adjudicated by a case review committee. In this trial, the guideline was a risk score of at least 4 %; the upper limit applied by the case review committee was 8 %, but this value was not prespecified. Patients with a Society of Thoracic Surgery (STS) risk score of less than 4 % could also be enrolled if there were coexisting conditions that were not represented in the risk model.

With an average STS score of 5.8 %, the primary endpoint of all-cause mortality or disabling stroke at 2 years was similar in the TAVI and SAVR study groups (19.3 % versus 21.1 %, p=0.25). The rate of major vascular complications was marginally higher after TAVI than SAVR at 30 days (7.9 % versus 5 %, p=0.008), which was offset by a higher incidence of life-threatening/disabling bleeding after SAVR (43.4 % versus 10.4 %, p<0.001). Moreover, acute kidney injury (1.3 % versus 3.1 %, p=0.006) and new-onset atrial fibrillation (9.1 % versus 26.4 %, p<0.001) were less frequent in the TAVI group, while rates of permanent pacemaker requirement were equivalent (8.5 % versus 6.9 %, p=not significant). At 2 years, echocardiographic parameters showed stable valve haemodynamics with good valve function. Paravalvular regurgitation (PVR) more than mild was found in only 3.7 % of patients, and was an improvement from the PARTNER 1 trial. It is also noteworthy that mild PVR (22.5 %) was not associated with increased mortality at 2 years. This pivotal trial adds more evidence to the efficacy and safety of TAVI.

However, these results are relatively outdated, as newer valves, including the SAPIEN S3, designed with a lower profile and circumferential skirt, have showed a further decrease in major vascular complications and virtually-eliminated rates of PVL (1.7 %) in the parallel PARTNER S3i study.7 However, an increased rate of conduction abnormalities has been reported for some of the newer transcatheter heart valves, which could potentially be a barrier towards their use, and remains one of the limitations of TAVI.

More Importantly, a predefined subanalysis demonstrated a clear advantage of TF-TAVI over SAVR (primary endpoint 16.8 % versus 20.4 %, p=0.05). This finding was reproduced in a meta-analysis of the four current randomised trials,8 and demonstrated the superiority of the TF-TAVI group over SAVR (hazard ratio: 0.8, p=0.024). The Nordic Aortic Valve Intervention (NOTION) trial, which compared TAVI and SAVR in low-risk patients (81.8 % of participants’ STS score ≤4 %), demonstrated a trend towards reduced mortality in the TAVI cohort (96.5 % TF access).9 This has important implications for current practice, as more than 90 % of TAVI using the SAPIEN 3 valve are performed via the TF approach.

It is important to note that the mean age of the enrolled patients was 82 years, with a mean STS score of 5.8 % in both arms, which was similar to the CoreValve High-Risk study (mean age: 83 years, mean STS score: 7.4 %). Therefore, although PARTNER 2 cohort A was portrayed as an intermediate-risk trial, it is largely reflective of current practice in most European institutions, where older patients with severe AS will be treated with TAVI, regardless of their risk score.

There has been an increasing trend to implant surgical bioprosthesis in younger patients. In the Eastern Denmark registry, the average age of use of bioprosthesis decreased from 69 to 61 years from the period 2005–2006 (n=518) to 2013–2014 (n=735).10 Thus, it could be more interesting to pursue the role of TAVI in patients with AS, who are not only at low surgical risk, but also of a younger age, particularly due to a marked decrease in the age of patients receiving surgical bioprostheses.

The PARTNER 3 and CoreValve low-risk trials both have no upper age limit, and therefore, might not explore TAVI in younger patients with AS. This will be explored in the NOTION 2 trial, which will randomise patients (1:1) aged ≤75 years and with an STS score ≤4 % who have severe symptomatic aortic stenosis to TAVI versus SAVR using the TF approach. Bicuspid aortic valves and coronary artery disease are not an exclusion criteria, and any commercially-approved aortic bioprostheses can be used. The primary endpoint is the composite rate of all-cause mortality, stroke and MI at 1 year.

We believe that the PARTNER 2 trial is reflective of the current TAVI practice in Europe, it confirms that TF access is related to superior outcomes compared to SAVR in a selected population and reflects the results of older-generation devices, with improved outcomes being demonstrated with new-generation devices.

However, challenges with the PARTNER 2 trial still remain. First, it does not address the concern of valve durability, and issues associated with the TAVI procedure in younger/low-risk patients should be resolved before expanding indications. What is the best long-term antithrombotic therapy for younger (<75 years), low-risk AS patients after TAVI? Should they be screened (with CT, cardiovascular magnetic resonance imaging or trans-esophegeal echocardiography) for subclinical leaflet thrombosis, which has been recently demonstrated to occur after TAVI? How frequently should they be followed up after the TAVI procedure? Second, although the PARTNER 2 cohort A was presented as an intermediate-risk trial, it is largely reflective of current practice in Europe, and is concordant with pre-existing reports. Our approach to TAVI patients will continue, until results on trials with younger and low-risk patients are reported. 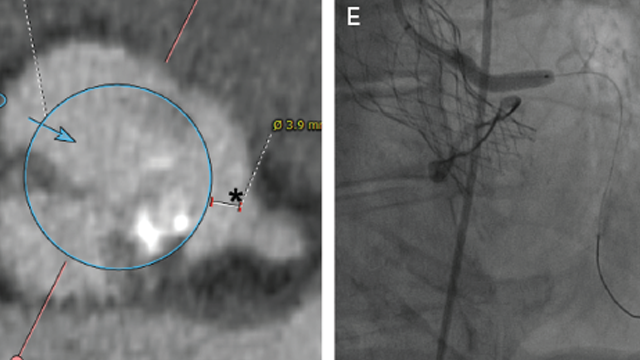 Lessons Learned from RADIOSOUND-HTN: Different Technologies and Techniques for Catheter-based Renal Denervation and Their Effect on Blood Pressure
Read Article 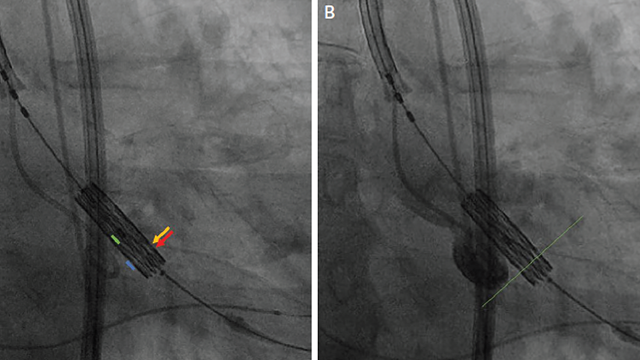